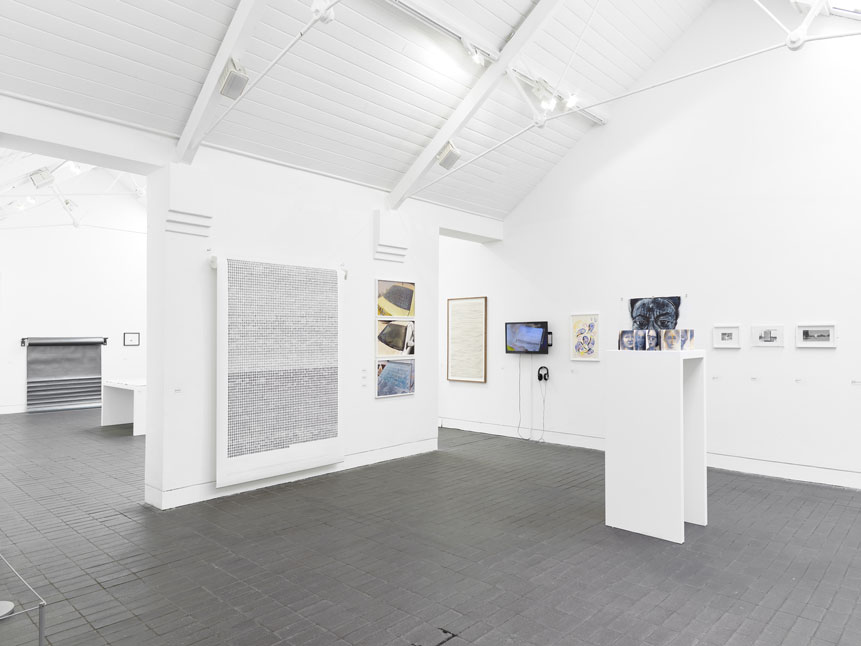 The final showing of Jerwood Drawing Prize 2017 will be at Drawing Projects UK and open to the public from 16 August to 6 October 2018. Selected by Dr David Dibosa, Helen Legg and Michael Simpson from over 2,800 original drawings, 69 drawings by 65 artists will be on display. Founded in 1994, it is the largest and longest-running annual open exhibition for drawing in the UK and was supported by Jerwood Charitable Foundation from 2001 to 2017.

Selected from original drawings, the Jerwood Drawing Prize has established a reputation for its commitment to championing excellence, and to promoting and celebrating the breadth of contemporary drawing practice. The exhibition provides a platform to showcase the work of UK-based drawing practitioners, from student to established, and as a project helps to define a wider understanding of the role and value of drawing in creative practice.

The prestigious first prize of £8,000 was awarded to Gary Lawrence for his monumental drawing Yellow Kalymnos and Fridge Magnets. Ana Mendes was the recipient of the £5000 second prize for her video work, On Drawing. Two Student Awards of £2000 each were awarded to Jade Montserrat and Dejan Mrdja respectively. A new biennial award was made in 2017, with Barbara Walker the first recipient of the newly introduced Evelyn Williams Drawing Award, worth £10,000. Barbara Walker's solo exhibition will be at Jerwood Gallery in Hastings from 19 October 2018 to 6 January 2019, and will include works borrowed from The National Gallery in London supported through the Weston Loan Programme with Art Fund.

The next iteration of the open drawing exhibition project was launched as the Trinity Buoy Wharf Drawing Prize in March 2018. The 2018 exhibition was selected by the artist, Nigel Hall RA; contemporary art dealer, Megan Piper; and Director of the Holburne Museum, Dr Chris Stephens in July 2018. The exhibition launch and announcement of the awards will be in September 2018 at Trinity Buoy Wharf in London prior to an exhibition tour within the UK.

The Jerwood Drawing Prize 2017 exhibition at Drawing Projects UK will be accompanied by a programme of Drawing Discussions and Drawing Sessions. The exhibition will be open to the public from 16 August to 6 October on Thursdays to Saturdays from 12noon to 4pm, and by prior arrangement at other times. Please contact us in advance for group visits. Drawing Projects UK is conveniently located for public transport and travel by train in particular; and there are a number of public car parks close by.