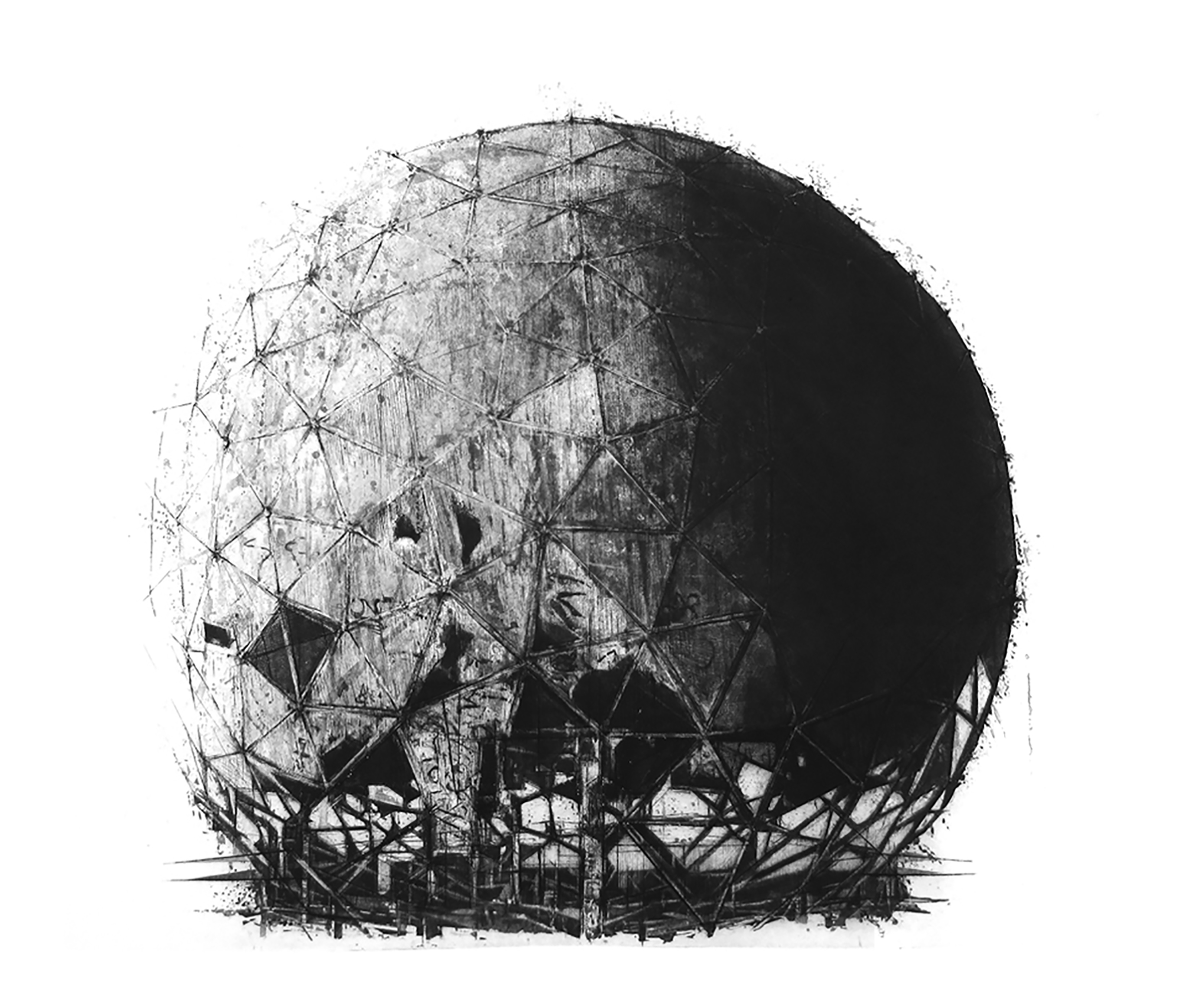 Ian Chamberlain’s work reinterprets man-made structures as monuments placed within the landscape, that act as architectural metaphors of past and current technological achievements. With a longstanding fascination with technology and architectural forms, these have included structures within industry, agriculture, science and the military, including Goonhilly Earth station, The Lovell Telescope, The Maunsell Sea Forts and the Acoustic Sound. Some of these structures Ian Chamberlain represents are now defunct or have been superseded or reconfigured for different uses; the unrelenting obsolescence of technology leaving these monuments behind. His most recent body of work deals with The Atlantic Wall, the WWII German defence system built along the west coast of Europe, with these brutalist forms interpreted as architectural metaphors concerning boundaries and borders.

He is interested in the use of a traditional print process, such as etching, being used to record subject matter that is generally at the cutting edge of technology for its time. The etchings become an extension of his drawing practice and allow him to record location through the interlinking processes of drawing and printmaking. The resultant work serves as a visual historical document and record of places that he has visited.