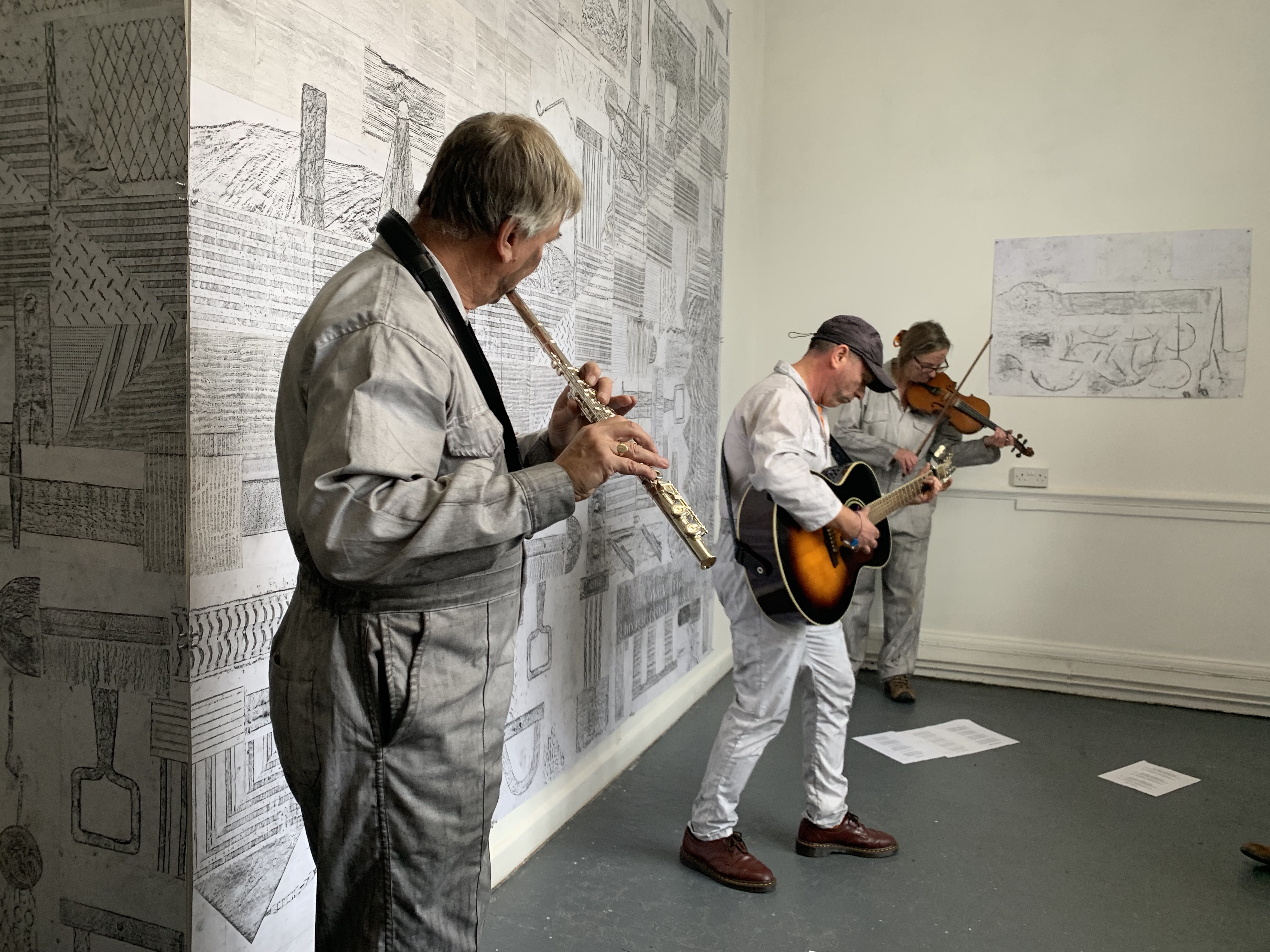 Drawing Out the Canal is the outcome of the drawing, walking and talking project undertaken by Simon in August along the Kennet and Avon Canal. As an instinctive and organic process, interpreting the past, present and future visions of an important, historically and socially significant site the process engages with the spaces and surfaces through the physical process of rubbings from the architecture, machinery, towpaths, gates and locks. Developed from this process and generation of a variety of rubbings, an immersive as well as smaller, intimate artworks from the ‘textures of history’ in relation to the walk will be presented and explore the geography, history and narrative of the canal route as well as the the spaces of Drawing Projects UK. As part of the unveiling of the installation, Simon will perform and interpret the drawing through a performance with local musicians from the Trowbridge area.

The project is supported by the University of Huddersfield, where Simon is a lecturer and researcher, and the walk is also generating funding for The Pituitary Foundation, which you can read about this here.

The exhibition will be open on Fridays and Saturdays 12noon to 4pm, and Sundays from 11am to 1pm.

For more information, please email us at: This email address is being protected from spambots. You need JavaScript enabled to view it.