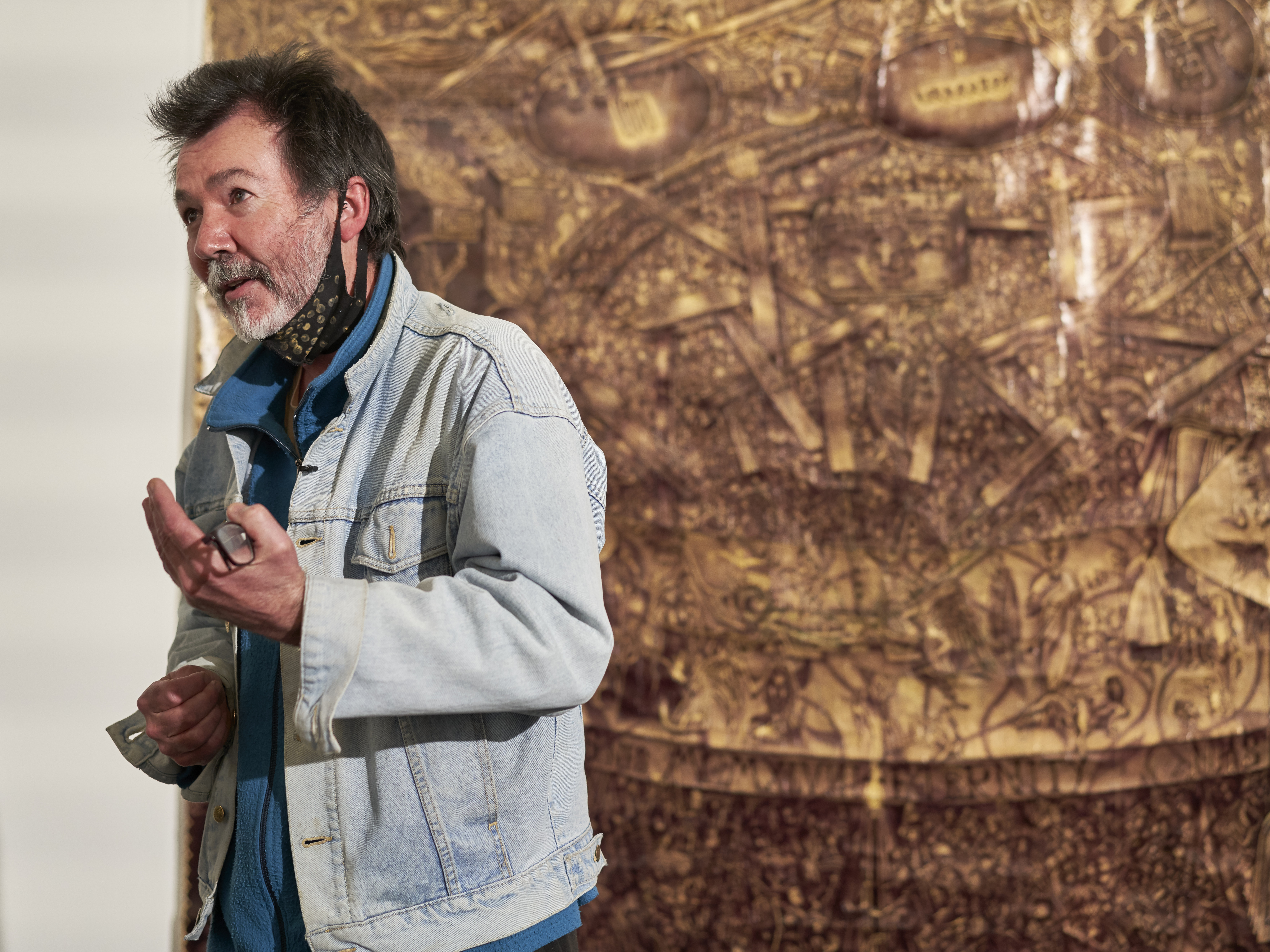 Drawing Projects UK is delighted to present a solo exhibition of drawings by Gary Lawrence. Join us for the preview of the exhibition on Saturday 13 August from 2pm to 4pm and meet the artist. Please register here for free admission to this event.

The exhibition includes several large drawings by Gary Lawrence, and as his first solo exhibition since 2013, provides a unique opportunity to see a series of his distinctive drawings together.

Gary Lawrence received the First Prize in the Trinity Buoy Wharf Drawing Prize 2021 for his drawing, Ye Olde Keyhole Surgery, 2020 (detail of work featured).  We were delighted to produce a short film of Gary in his studio earlier this year, supported by Arts Council England, which you can see on our YouTube channel.